Indian Prime Minister Narendra Modi has hit the ground running after shocking the country’s liberal chattering classes by returning to power with a thumping majority in the parliamentary elections on the back of a nationalist wave.

Modi’s new Cabinet is a mix of old and new faces. Before being sworn in for a second term on May 30, Modi already set out a heavy foreign-policy agenda, including meetings with several world leaders in the coming months — among them possibly two with U.S. President Donald Trump.

But wherever he goes, China — and the strategic threat it poses for India — will be at the top of his agenda.

Modi’s anti-elite coalition garnered a nearly two-thirds majority in the ruling lower house of Parliament. The strong mandate gives Modi the authority to move forcefully on domestic and foreign policy.

Modi is in some ways India’s Shinzo Abe, reflecting the Japanese prime minister’s soft nationalism, foreign-policy pragmatism, market-oriented economics, and tilt toward other major democracies, as well as a focus on maintaining a stable balance of power in the Indo-Pacific region, which largely comes down to containing China.

Modi’s nationalist plank, like Abe’s, has been a key factor behind his political rise. His record in office also mirrors Abe’s cautious approach.

For example, like the Abe-led Liberal Democratic Party’s commitment to constitutional reform, Modi’s Bharatiya Janata (Indian People’s) Party, or BJP, hews to constitutional revisionism, especially the abrogation of Article 370 that grants the troubled, northern state of Jammu and Kashmir special powers and status.

But just as his close friend, Abe, has thus far not introduced any amendment to tinker with Japan’s standing as the world’s first constitutionally pacifist nation, Modi has trod cautiously on constitutional change.

Modi’s foreign policy will likely stick to cautious pragmatism. However, showmanship and a penchant for springing surprises have also been the trademarks of Modi’s highly personalized way of decision-making.

This has led his critics to claim that Modi has a presidential style of governance. The truth, however, is that India since independence has been largely led by prime ministers who have acted more like presidents — from Jawaharlal Nehru and his daughter, Indira Gandhi, to Atal Bihari Vajpayee, the first BJP prime minister who made the country a nuclear-weapons state by overtly conducting nuclear tests. Only weak, fractious governments have been different.

Just before the recent elections, Modi, in a warning shot across China’s bow, demonstrated India’s space-war capability. India’s successful “kill” of one of its own satellites with a missile on March 27 made it the fourth power, after the United States, Russia and China, to shoot down an object in space. 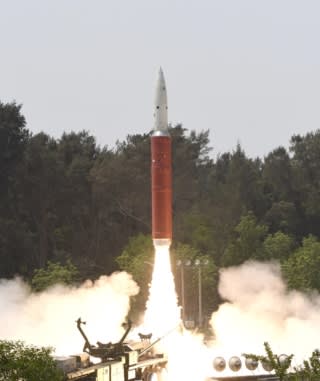 India tested an anti-satellite weapon on Mar. 27, saying an indigenously produced interceptor was used to destroy an object in orbit.

Just as the anti-satellite weapon test marked a major milestone in India’s quest for effective deterrence against China, Modi’s first foreign-policy moves after his re-election also have Beijing in view.

For his first overseas trip, Modi has strategically chosen the Indian Ocean archipelago of the Maldives, where voters last year booted out a China-backed autocrat, but not before he allowed Beijing to acquire several islets on lease. Generous Indian financial assistance to the Maldives since the restoration of democracy there has not only helped that nation to escape a Chinese debt trap but also allowed the new president’s Maldivian Democratic Party to sweep recent parliamentary elections.

Modi’s June 7-8 visit is symbolically important: The leader of the world’s largest democracy will begin his second term by touring the world’s smallest Muslim nation — in both population and area.

In another smart move, Modi invited to his inauguration the leaders of the member-states of the Bay of Bengal Initiative for Multi-Sectoral Technical and Economic Cooperation, or BIMSTEC, a grouping that brings together Bangladesh, Bhutan, India, Myanmar, Nepal, Sri Lanka and Thailand. BIMSTEC is a promising initiative compared to the moribund South Asian Association for Regional Cooperation, or SAARC, whose leaders Modi invited to his first inauguration in 2014.

The Bay of Bengal, which connects South and Southeast Asia, is where India’s “neighborhood first” and “Act East” policies meet. In contrast to SAARC, which boxes India in a narrow framework limited to the Indian subcontinent, the east-oriented BIMSTEC seeks to realign India along its historical axis. India’s main trading and cultural partners in history were the countries to its east.

BIMSTEC thus meshes better with India’s strategic compass. It also furthers India’s role in the U.S.-led strategy for a “free and open Indo-Pacific,” a concept authored by Abe.

The inauguration snub prompted Pakistan to extend until mid-June the closure of its airspace to most east-west overflights. Pakistan had said that, after the Indian elections, it would end the closure, in effect since India’s February 26 airstrike on a Pakistan-based terrorist group that claimed responsibility for a massacre of more than 40 Indian paramilitaries.

The close alignment between Pakistan and China epitomizes Modi’s strategic challenges in one of the world’s troubled neighborhoods.

Modi has invited Chinese President Xi Jinping to India on October 11 for another “informal” summit of the kind the two leaders held in Wuhan 13 months ago in a bid to mend frayed relations. China has been holding live-fire combat exercises near the border with India. However, Trump’s policy shift on China is helping to constrict Beijing’s room for maneuver against India.

Trump, to be sure, is also compounding Modi’s challenges, despite the growing U.S.-India bonhomie. He has raised energy-poor India’s oil-import bill by forcing it to stop buying from Iran and Venezuela. Washington, despite securing $15 billion worth of Indian defense contracts, is pressuring India to halt buying major Russian military hardware.

Trump has also taken trade actions against India, including on May 31. Accusing New Delhi of failing to provide the U.S. with “equitable and reasonable access to its markets in numerous sectors,” he announced the termination of India’s benefits under the Generalized System of Preferences, or GSP, which allows preferential duty-free imports of up to $5.6 billion from India.

When Trump called Modi to congratulate him on his re-election, the two agreed to meet on the sidelines of the June 28-29 G-20 summit in Osaka. Modi’s hectic travel schedule will also take him to the June 14-15 Shanghai Cooperation Organization summit in Kyrgyzstan, the September 4-6 Eastern Economic Forum in Vladivostok, and a likely bilateral summit with Trump in Washington in the fall.

Modi’s travel plans show there is no doubting his commitment to advancing India’s interests. If he fails to do so perceptibly in his second term, he will suffer for it politically. But if he succeeds, he may turn out to be the most important Indian leader on the world stage since Indira Gandhi, who engineered Bangladesh’s 1971 independence and conducted India’s first nuclear test in 1974.