Despite being the world’s most powerful democracy, the U.S. still shares some key traits with its main competitor, China, the world’s largest and longest surviving autocracy.

“Both have extreme superiority complexes. Each sees itself as without peers,” noted Harvard professor Graham Allison, with each country hewing to a defiant unilateralism that sees both intrude into the waters of other states.

Take America’s so-called freedom of navigation operations, known as FONOPs. Such operations are best known in the South China Sea, where an expansionist China has redrawn the geopolitical map without firing a shot or incurring any international costs. U.S. FONOPs against partner countries, however, have drawn little attention.

At a time when China’s actions against the Philippines highlight its muscular revisionism in the South China Sea, the U.S. recently triggered a diplomatic incident with friendly India by conducting a FONOP in India’s exclusive economic zone. Under the United Nations Convention on the Law of the Sea (UNCLOS), any country’s EEZ extends to 200 nautical miles (370 km).

Ordinarily, an American guided-missile destroyer transiting India’s EEZ under Indian naval watch would not have generated headlines, let alone triggered an Indian objection. But in this case, it was accompanied by a provocative U.S. statement on Apr. 7 challenging India’s “excessive maritime claims.”

While noting that New Delhi required prior consent for military exercises or maneuvers within its EEZ, the statement swaggeringly said that the operation was staged “without requesting India’s prior consent.” The action, with its blunt assertion of unilateralism, sparked outrage in India, with New Delhi lodging a diplomatic protest.

India, unlike China, has not sought to push its borders far out into international waters, or build artificial islands, or militarize the seas around it, or restrict freedom of navigation. Rather, India’s “excessive maritime claims,” as alleged by Washington, center on long-standing differences between Western maritime powers and many coastal countries over foreign military activities in their respective EEZs.

The U.S. claimed its action in India’s EEZ was “consistent with international law.” Its general reference to international law, rather than to the specific law of the sea, was deliberate — to help obscure the fact that it has not acceded to UNCLOS, the global “constitution for the oceans” that entered into force almost 27 years ago. The irony is that the U.S. seeks to assert a claimed right under an international treaty that it has refused to ratify.

In fact, the FONOP against India is just the latest in a series of such U.S. actions targeting friends and foes. For example, in the 11-month period up to September 2020, the U.S. said its unilateral naval actions challenged the “excessive maritime claims” of 19 claimant states.

Even more revealing is the fact that almost all of Asia’s littoral countries have been favorite targets of such FONOPs. They include U.S. treaty allies such as Japan and the Philippines, regional rivals South and North Korea, India and Pakistan, the tiny Maldives, as well as Thailand, Vietnam, Indonesia and Taiwan, among others. Washington accuses all of them of maintaining “excessive maritime claims” of various types.

The use of naval prowess to assert American maritime claims against a wide array of countries shows that, although the U.S. is no longer the world’s only superpower, old habits persist. The jarring paradox is that while UNCLOS has 168 state parties, the outlier U.S. has arrogated to itself the right to oversee and enforce its provisions by unilaterally interpreting them. Who said American exceptionalism is dead?

The South China Sea illustrates the dubious efficacy of U.S. FONOPs as a policy tool. America’s growing reliance on FONOPs has had zero impact on China’s continued expansion in what is the main strategic corridor between the Indian and Pacific oceans, through which one-third of global maritime trade passes. 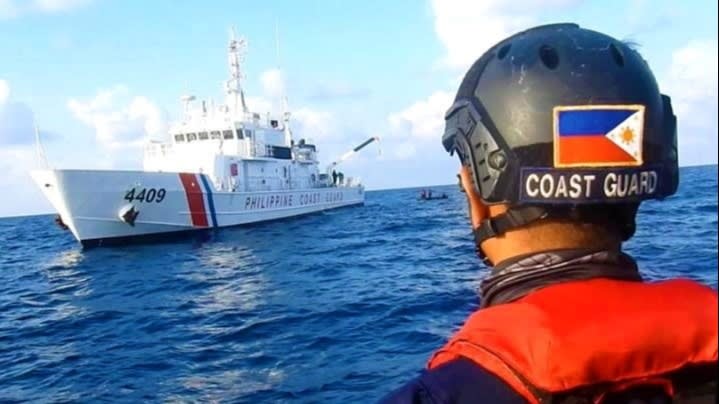 America’s ever-expanding FONOPs, while failing to deter Chinese expansionism, nevertheless risk alienating its allies and partners. India holds the key to the future of the maritime-oriented Quad because the grouping’s other members, the U.S., Japan and Australia, are already tied by bilateral and trilateral security alliances among themselves. What prompted the U.S. Navy to rake up an old issue and slight India with a public statement?

UNCLOS is ambiguous when it comes to foreign military activities in EEZs, and many countries that were colonized by European naval powers have never accepted the legitimacy of such activities. To add to their misgivings, the U.S. has conducted FONOPs against them but not against the “excessive” claims of predominantly white nations like Canada and Australia.

It is past time for the U.S. to debate the utility of military FONOPs against littoral states in Asia and elsewhere. Far from compelling them to toe the U.S. line, such use of unilateral military operations only reinforces their security concerns.

Instead of flexing its naval muscles in ways that draw unflattering, even if inaccurate, comparisons with China’s growing maritime forays, the U.S. would do well to employ diplomacy and a compromise-centered approach to bridge differences with its friends so as to advance a rules-based maritime order that helps check Chinese expansionism.