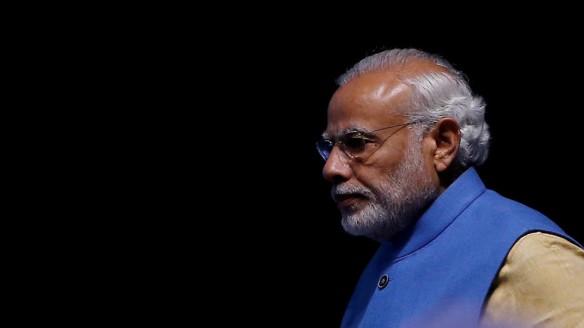 Domestically, Modi’s big win has averted a nightmare scenario for Indian democracy — an indecisive election verdict fostering political paralysis. Faced with a choice between a stable, firm government and a possible retreat to political drift, voters in the world’s largest democracy reposed their faith in Modi and his Bharatiya Janata (Indian People’s) Party, or BJP.

Internationally, India’s profile has continued to rise under Modi. India appears to be moving from its long-held nonalignment to a globalized practicality — multi-alignment. A Cold War legacy, nonalignment implies a passive approach, including not taking sides and staying on the sidelines. Multi-alignment, by contrast, calls for a proactive approach.

India, although a founding leader of the nonaligned movement, now makes little mention of nonalignment. Instead it is building close partnerships with key powers to pursue a variety of interests in diverse settings, not only to advance its core priorities but also to shore up its strategic autonomy, in keeping with its longstanding preference for an independent foreign policy. Balancing these different partnerships, of course, is proving a challenge for New Delhi.

Modi’s reelection has come after a series of elections in southern Asia. In the past 18 months, elections have brought pro-China communists to power in Nepal and a military-backed party to office in Pakistan, while voters have booted out a quasi-dictator in the Maldives, elected a new government in Bhutan, and, in Bangladesh, retained a prime minister who has turned the country into one of Asia’s fastest-growing economies. The only country in the region not to go to the polls recently is Sri Lanka, where the Supreme Court forced the country’s president to roll back a coup after he unconstitutionally dismissed the prime minister and called fresh parliamentary elections.

India’s biggest neighbor, however, is the world’s largest, strongest and longest-surviving autocracy, China — a reminder that the new Indian government’s most-pressing security challenges relate to the country’s combustible neighborhood, not least a deepening strategic nexus between China and Pakistan. Both these nuclear-armed allies stake claims to vast swaths of Indian territory and employ asymmetric warfare.

Not surprisingly, national security weighed on the Indian voters’ minds, especially because, in the run-up to the elections, a Pakistan-based, United Nations-designated terrorist group claimed responsibility for a massacre of more than 40 paramilitary troops in Indian Kashmir. An Indian retaliatory airstrike on the group’s hideout in the Pakistani heartland helped burnish Modi’s credentials as a strong leader.

Now, after his reelection, Modi will have to consider urgently the foreign-policy challenges, above all an ascendant China’s muscular revisionism. China has stepped up its military pressure along the long, disputed Himalayan border with India, including deploying new offensive weapons and advertising live-fire combat exercises. Chinese encroachments in India’s maritime backyard have also increased.

Yet, vexed by the unpredictability of U.S. President Donald Trump’s administration, Modi has sought to mend ties with China, or at least stop them from deteriorating further. At an “informal” summit in Wuhan, China, in April 2018, Modi and Chinese President Xi Jinping agreed to “reset” relations. Another Wuhan-style summit between the two leaders has been planned for this autumn in India.

For Xi, however, such summitry has served as a cover to kill two birds with one stone. While encouraging Modi’s overtures to help instill greater Indian caution to openly challenge China, Xi has embarked on a major military buildup along the Himalayas. Meanwhile, Chinese exports have flooded India, with Beijing more than doubling its bilateral trade surplus, on Modi’s watch, to over $66 billion a year. This trade surplus is more than 50% larger than India’s defense spending, underscoring how India unwittingly is underwriting China’s hostile politics.

India is now a “major defense partner” of the U.S., with which it holds more military exercises than with any other country. The U.S. has also emerged as India’s largest arms supplier, overtaking Russia. Indeed, the Cold War-era India-Russia camaraderie has been replaced by India-U.S. bonhomie.

However, India still sees Russia as a natural ally and a “tested and tried” friend. Modi has been holding annual summit meetings with Russian President Vladimir Putin to bolster the bilateral relationship, whose trade component has shrunk.

India relies on Russian spare parts for its Russian-made military hardware. More importantly, Russia has transferred to India offensive weapons that the U.S. does not export, such as an aircraft carrier and a nuclear-powered submarine. So ties to Moscow remain important.

The Trump administration’s new sanctions against Russia and Iran are accentuating the Modi government’s challenge in balancing India’s bilateral relationships. How to navigate America’s extraterritorial sanctions targeting Iran and Russia has become an important diplomatic test for India, which is increasingly concerned about Trump’s pursuit of aggressive unilateralism.

India, for example, has taken an economic hit, in the form of a higher oil-import bill, from Trump’s targeting of Iran. Over the years, Iran has been an important oil supplier to energy-poor India and is the route for a transportation corridor that India is building to Afghanistan that bypasses Pakistan.

In fact, the Trump administration’s ongoing direct talks with the Afghan Taliban to finalize a “peace” deal are helping to renew the salience of Iran and Russia in India’s Afghanistan policy. If the Pakistan-backed Taliban were to recapture power in Kabul, the relevance of these ties would redouble.

Against this background, the challenges to Modi’s policy of multi-alignment are likely to mount in his second term. Meanwhile, China’s spreading influence in India’s backyard — from Nepal to Sri Lanka — is underscoring the imperative for New Delhi to arrest its eroding regional clout.

Modi’s foreign policy, however, will continue to be guided by a non-doctrinaire vision. Shorn of ideology, Indian foreign policy has sought to revitalize the country’s economic and military security, while avoiding having to overtly choose one power over another as a dominant partner.

Brahma Chellaney is a geostrategist and the author of nine books, including the award-winning “Water: Asia’s New Battleground.”