Brahma Chellaney, The Times of India

By imposing extraterritorial or “secondary” sanctions, the US seeks to effectively extend its jurisdiction far beyond its borders. Armed with unmatched power from the role of the US dollar as the world’s reserve currency, America has the capacity and will to coerce allies and adversaries alike by threatening to lock them out of the US financial system. But make no mistake: Its extraterritorial sanctions violate international law, the UN Charter and WTO rules. 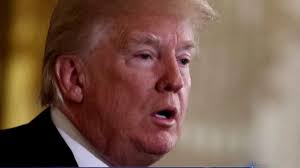 India is directly in the crosshairs of the new US extraterritorial sanctions targeting Russia and Iran. India is already suffering the unintended consequences of President Donald Trump’s unilateral withdrawal from the Iran nuclear deal — a pullout that has spurred higher oil-import bills, the rupee’s weakening against the US dollar, and increased foreign-exchange outflows. This is just the latest financial hit India has suffered since 2005 when New Delhi, under US persuasion, voted against Iran in the International Atomic Energy Agency’s governing board, prompting Tehran to cancel a long-term LNG deal favourable to India.

Under Trump’s predecessor, Barack Obama, India was forced between 2012 and 2015 to significantly slash Iranian oil imports and pay Iran in rupees or initiate barter trade. Now India has to readopt those workarounds on payment and shipping insurance because global shipping operators and tanker owners are pulling back from Iran-related business even before the new sanctions take effect on November 4. The sanctions threaten to also impede India’s Pakistan-bypassing transportation corridor to Afghanistan and Central Asia via Iran, including the Chabahar port project.

The India implications of the new Countering America’s Adversaries Through Sanctions Act (CAATSA) are even more stark. While dangling the prospect of securing a “flexible waiver authority” from its Congress, the US intends to use CAATSA to try and wean India gradually off its craving for Russian weapons so as to boost its own arms sales. The US is already the largest arms seller to India. But it basically has been selling defensive systems, including big-ticket items like the P-8I maritime surveillance aircraft and the C-17 Globemaster III and C-130J Super Hercules military transport planes.

On balance, Russia remains India’s most critical defence partner. Yet, through CAATSA, the US is seeking to have a say in India’s defence dealings with Russia. For example, it has signalled its disapproval of the planned S-400 import on grounds that it would thwart building interoperability with Indian forces, as if India is not America’s strategic partner but its client state. The US is ingeniously employing extraterritorial sanctions to advance its geopolitical and commercial interests. But can India tolerate an American veto over its defence deals with Moscow?

How India navigates the new sanctions will be a crucial test of its ability to safeguard an independent foreign policy. External Affairs Minister Sushma Swaraj says, “India follows only UN sanctions, not unilateral sanctions of any country”. But if India seeks deal-related or rolling waivers, it would, in effect, be adhering to the US sanctions. Begging for a waiver is the worst possible choice India can pursue, because it will come with conditions that crimp New Delhi’s latitude further.

India has diplomatic space to rebuff US pressure because the US this time is acting alone, with its own European allies defiant. If India goes ahead with Russian and Iranian deals regardless of the sanctions threat, the US will have little choice but to exempt India without conditions. India should partner other key democracies to push back with full diplomatic strength, including, if necessary, hauling the US into the WTO dispute-resolution body and introducing a UN General Assembly resolution against unlawful extraterritorial sanctions. The main beneficiary of the new US sanctions, of course, will be China, ever ready to capitalize on opportunities in sanctions-hit countries.

The writer is a geostrategist and author.