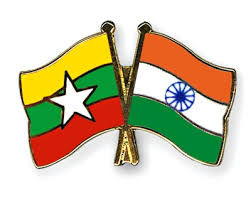 The visit of Aung San Suu Kyi, Myanmar’s de factor leader, to India is significant. Myanmar’s geographic, cultural and geostrategic positioning between India and China makes it critical to long-term Indian interests. Yet it took 25 years for an Indian prime minister to visit Myanmar, India’s gateway to the east.

Since that visit in 2012 by Manmohan Singh, India has upgraded its Myanmar policy from constructive engagement to comprehensive interconnection. It was at the India-ASEAN Summit in Myanmar’s capital Naypyidaw in late 2014 that Narendra Modi launched India’s “Act East” policy. Yet, for his own inauguration in office, Modi invited leaders of all regional states, including Mauritius, but not next-door Myanmar, in a reminder of how India episodically neglects an important neighbour.

Suu Kyi’s visit is part of India’s invitation to member-states of the Bay of Bengal Initiative for Multi-Sectoral Technical and Economic Cooperation (BIMSTEC) for a joint summit with BRICS at Goa. Bringing together Bangladesh, Bhutan, India, Myanmar, Nepal, Sri Lanka and Thailand, BIMSTEC is a better alternative for India than the South Asian Association for Regional Cooperation (SAARC), which is likely to remain a stunted organization. Indeed, SAARC boxes India in an artificial regional framework; India’s natural strategic compass is broader.

Suu Kyi, committed to reviving her country’s old tradition of a neutral foreign policy, is seeking to carefully balance relations with major powers. On her first visit to a major capital since her party won a landslide election victory less than a year ago, Suu Kyi in August visited Beijing, not New Delhi where she was educated. Her aim was to smooth over the frayed relationship with China. Ties with China have been roiled by Myanmar’s 2011 suspension of the $3.6-billion, Chinese-financed Myitsone Dam project.

The suspension on the eve of China’s national day constituted a slap in the face to Beijing — a loss of face made worse by the fact that the action became a turning point for Myanmar’s democratization and reintegration with the outside world. The bold move, by demonstrating that Myanmar was no client state of China and by helping to accelerate the country’s transition to democracy, set in motion an easing of Western sanctions and ending Myanmar’s international isolation — best symbolized by Barack Obama’s 2012 visit, the first ever by a U.S. president.

But with China still wielding more leverage over Myanmar than any other power, President Xi Jinping is now pushing for the Myitsone project’s revival — or the undoing of the 2011 humiliation. To blunt Chinese pressure, Suu Kyi, before visiting Beijing, appointed a 20-member commission to review the project.

After her China trip, Suu Kyi, as part of her balancing act, visited Washington, where she was warmly received. But it was just last weekend that Obama lifted U.S. economic sanctions on Myanmar, while retaining military-related sanctions.

Myanmar, like India, has long complained about the flow of Chinese arms to guerrilla groups, accusing Beijing of backing several of them in its north as levers against it. Still, recognizing that Beijing holds the keys to ending decades of armed conflict in Myanmar, Suu Kyi has given China an important role in her new initiative to promote ethnic reconciliation. Yet, despite China playing mediator, a Suu Kyi-sponsored peacemaking gathering attended by ethnic warlords in Naypyidaw ended early last month without any headway.

China values Myanmar as a strategic asset, viewing its long shoreline as a gateway to the Indian Ocean, where it is seeking to chip away at India’s natural-geographic advantage. Having established a foothold in Myanmar’s Kyaukpyu port, from where the new energy pipelines lead to southern China, Beijing is seeking to open a shorter, cheaper trade route to Europe via Myanmar’s River Irrawaddy.

Against this backdrop, India can ill afford to neglect Myanmar, or persist with its sluggish implementation of projects there, or unilaterally conduct cross-border military strikes on Naga guerrillas. While being sensitive to Myanmarese concerns, India must actively involve itself in Myanmar through greater trade, investment and counterinsurgency cooperation to help reduce the salience of Chinese influence and to further Suu Kyi’s agenda for a balanced, neutral and pragmatic foreign policy.

Brahma Chellaney is a geostrategist and the author, most recently, of “Water, Peace, and War.”