Ensuring long-term peace in Asia requires an active role for Japan. By pursuing reforms that enable it to defend itself better, Japan would enhance its capacity to forestall the emergence of a destabilizing power imbalance in East Asia – with far-reaching benefits for Asia and the rest of the world. 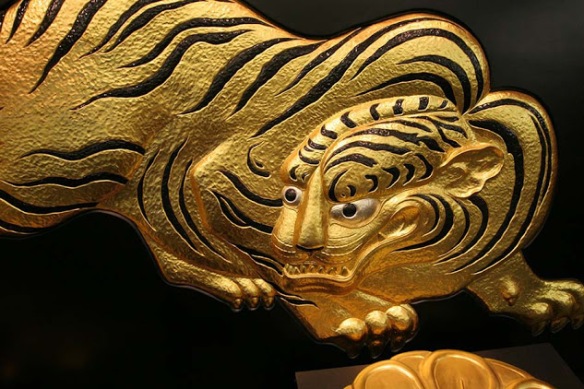 Japan’s political resurgence is one of this century’s most consequential developments in Asia. But it has received relatively little attention, because observers have preferred to focus on the country’s prolonged economic woes. Those woes are real, but Japan’s ongoing national-security reforms and participation in the new 12-country Trans-Pacific Partnership have placed it firmly on the path to reinventing itself as a more secure, competitive, and internationally engaged country.

Japan has historically punched above its weight in world affairs. In the second half of the nineteenth century, Japan became Asia’s first modern economic success story. It went on to defeat Manchu-ruled China and Czarist Russia in two separate wars, making it Asia’s first modern global military power. Even after its crushing World War II defeat and occupation by the United States, Japan managed major economic successes, becoming by the 1980s a global industrial powerhouse, the likes of which Asia had never seen.

Media tend to depict Japan’s current economic troubles in almost funereal terms. But, while it is true that the economy has stagnated for more than two decades, real per capita income has increased faster than in the US and the United Kingdom so far this century. Moreover, the unemployment rate has long been among the lowest of the wealthy economies, income inequality is the lowest in Asia, and life expectancy is the longest in the world.

In fact, it is Japan’s security, not its economy, that merits the most concern today – and Japan knows it. After decades of contentedly relying on the US for protection, Japan is being shaken out of its complacency by fast-changing security and power dynamics in Asia, especially the rise of an increasingly muscular and revisionist China vying for regional hegemony.

Chinese military spending now equals the combined defense expenditure of France, Japan, and the UK; just a decade ago, pacifist Japan outspent China on defense. And China has not hesitated to display its growing might. In the strategically vital South China Sea, the People’s Republic has built artificial islands and military outposts, and it has captured the disputed Scarborough Shoal from the Philippines. In the East China Sea, it has unilaterally declared an air-defense identification zone covering territories that it claims but does not control.

With US President Barack Obama hesitating to impose any costs on China for these aggressive moves, Japan’s leaders are taking matters into their own hands. Recognizing the inadequacy of Japan’s existing national-security policies and laws to protect the country in this new context, the government has established a national security council and moved to “normalize” its security posture. By easing Japan’s longstanding, self-imposed ban on arms exports, boosting defense spending, and asserting its right to exercise “collective self-defense,” the government has opened the path for Japan to collaborate more actively with friendly countries and to pursue broader overseas peacekeeping missions.

To be sure, Japan’s security-enhancing efforts have so far been limited in scope, and do not open the way for the country to become a militaristic power. Restrictions on deployment of offensive weapons, for example, remain in place.

Nonetheless, the government’s moves have proved divisive in a country where pacifism is embedded in the constitution and widely supported by the population. A recent survey by the Pew Research Center found that only 23% of Japanese want their country to play a more active role in Asian security. Another survey last year revealed that only 15.3% of Japanese – the lowest proportion in the world – were willing to defend their country, compared to 75% of Chinese.

But the reality is that ensuring long-term peace in Asia demands a stronger defense posture for Japan. Indeed, reforms that enable Japan to defend itself better, including by building mutually beneficial regional partnerships, would enhance its capacity to forestall the emergence of a destabilizing power imbalance in East Asia.

It is now up to Japan’s government to win over its own citizens, by highlighting the difference between pacifism and passivity. Japan would not encourage or support aggression; it would simply take a more proactive role in securing peace at the regional and global levels.

A more confident and secure Japan would certainly serve the interests of the US, which could then depend on its close ally to take more responsibility for both its own security and regional peace. Americans increasingly seem to recognize this, with 47% of respondents in the Pew survey supporting a more active role for Japan in Asian security.

But there remain questions about precisely how self-sufficient Japan would have to be to carry out this “proactive pacifism” – a term popularized by Prime Minister Shinzo Abe – consistently and effectively. Would Japan need to become a truly independent military power, with formidable deterrent capabilities like those of the UK or France?

The short answer is yes. While Japan should not abandon its security treaty with the US, it can and should rearm, with an exclusive focus on defense.

Of course, unlike the UK and France, Japan does not have the option to possess nuclear weapons. But it can build robust conventional capabilities, including information systems to cope with the risk of cyber warfare. Beyond bolstering Japanese security and regional stability, such an effort would likely boost Japan’s GDP and yield major profits for American defense firms.

As a status quo power, Japan does not need to match Chinese military might. Defense is, after all, easier than offense. Still, the rise of a militarily independent Japan would constitute a game-changing – and highly beneficial – development for Asia and the rest of the world.