Trade as a weapon: China promotes economic dependencies and then manipulates them to advance its geostrategic objectives. 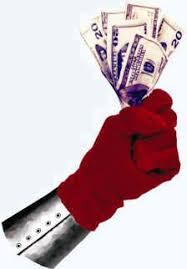 Japan and India are natural allies whose fast-growing relationship is remarkably free of any strategic dissonance. So, Indian Prime Minister Manmohan Singh’s Tokyo visit this week stands in sharp contrast to Chinese Premier Li Keqiang’s recently concluded India tour, which, behind the hype, helped to underscore the deep Sino-Indian divide.

India, China and Japan, constituting Asia’s pivotal triangle, are transforming relations between themselves in a way that portends growing strategic collaboration between New Delhi and Tokyo but sharper geopolitical competition between China and the other two Asian powers. The Sino-Indian relationship was recently disturbed by a stealthy incursion across the disputed Himalayan border by the People’s Liberation Army, which pulled back its troops just in time to allow Li to go ahead with a scheduled visit to India.

The lopsided economic engagement gives China little incentive to bridge a widening political divide with India. If anything, it encourages China to continue with a strategy to keep India under strategic pressure so as to regionally contain that country.

With China exporting more than two-and-half times as much as it imports, its already large trade surplus with India will only swell if the two countries meet their target of raising bilateral trade from the current level of nearly $70 billion to $100 billion by 2015. Its recent border incursion notwithstanding, China has focused on raking in more profits from the Indian market. Li himself underscored the difficulty of correcting the fundamental imbalance in trade by taking mainly exporters in his large business team to India.

Economic problems in the West, by contributing to a slowdown in China, have only increased the importance of the Indian market for Beijing. This is what prompted Li to choose India as his first overseas destination for an official visit. This factor has also encouraged China’s cash-rich, state-supported banks to offer debt financing to heavily indebted Indian companies that commit to buy Chinese equipment or supply raw materials.

While swamping the Indian market with its products, China has made it difficult for Indian exporters to gain much of a foothold in its own market, including in sectors where India is strong, such as pharmaceuticals and information technology. As a result, India’s exports to China largely consist of low-margin, unprocessed commodities.

China’s increasing access to the Indian market, however, has done little to promote a less-adversarial Chinese foreign policy. Indeed, the more profits China has reaped from its trade relationship with India, the more assertive it has become.

As China’s trade surplus with India has soared from just $1 billion in 2002 to $40 billion in 2013, China has openly challenged Indian sovereignty in the large western and eastern sectors of the Himalayas. In this period, China has continued to enlarge its strategic footprint in Pakistani-held Kashmir — a disputed territory — even as sustained Chinese pressure forced India’s state-owned ONGC Videsh Limited (OVL) to pull out of a contract to explore for oil in two blocks off the Vietnamese coast in the South China Sea. Beijing had warned India against “any unilateral exploration activities” in the South China Sea.

The Indian assumption that greater trade would make Beijing more amenable to solving the border dispute and more sensitive to India’s other concerns has been belied. While refusing to accept the territorial status quo with India, China is also working to disturb the status quo on international-river flows to its southern neighbor through an aggressive dam-building program.

India is particularly vulnerable to China’s reengineering of transboundary flows because it alone receives nearly half of all river waters that leave Chinese territory. Beijing, however, has repeatedly spurned India’s proposal to conclude a pact or establish an intergovernmental institution to define rights and responsibilities on shared rivers. China wants only to sell flood-related hydrological data.

That China does not allow booming bilateral trade from coming in the way of its territorial assertiveness is also manifest from the way it has ratcheted up disputes in the East and South China Seas. In fact, as underscored by its actions against Japan and the Philippines since last year, it employs trade as a political weapon. With China serving as Japan’s largest overseas market, Beijing has sought to punish Tokyo through an informal boycott of Japanese products since last September.

For China, trade is not only about economics but also about geostrategic interests. Beijing values the lopsided trade with India as a strategic weapon that undercuts its rival’s manufacturing base, yet yields handsome dividends for it.

In fact, China encourages economic dependencies so that it can manipulate them to advance its strategic objectives. In its recent territorial feuds with other neighbors, China has bared the cards it is likely to wield when faced with a diplomatic or military crisis next — from employing its trade muscle to inflict commercial pain to exploiting its monopoly on the global production of the vital rare-earth minerals.

First, it must avoid any commercial dependency that cannot be easily be substituted with imports from elsewhere.

Second, it must aggressively contain the flood of Chinese-made subsidized goods through anti-dumping measures and countervailing duties, or else it will become harder for it to develop a more mature manufacturing base.

And third — in the way China unofficially but assertively links economic issues with political matters — India must not shy away from linking market access to concrete progress on border and water issues.

Brahma Chellaney is professor of strategic studies at the independent Centre for Policy Research in New Delhi and the author, most recently, of “Water, Peace, and War” (Rowman & Littlefield, 2013).