Stoking tensions with Japan, Vietnam, and the Philippines over islands in the South and East China Seas has not prevented an increasingly assertive China from opening yet another front by staging a military incursion across the disputed, forbidding Himalayan frontier. On the night of April 15, a People’s Liberation Army (PLA) platoon stealthily intruded near the China-India-Pakistan tri-junction, established a camp 19 kilometers (12 miles) inside Indian-controlled territory, and presented India’s government with the potential loss of a strategically vital 750-square-kilometer high-altitude plateau.

A stunned India, already reeling under a crippling domestic political crisis, has groped for an effective response to China’s land-grab — the largest and most strategic real estate China has seized since it began pursuing a more muscular policy toward its neighbors. Whether China intends to stay put by building permanent structures for its troops on the plateau’s icy heights, or plans to withdraw after having extracted humiliating military concessions from India, remains an open – and in some ways a moot – question.

The fact is that, with its “peaceful rise” giving way to an increasingly sharp-elbowed approach to its neighbors, China has broadened its “core interests” – which brook no compromise – and territorial claims, while showing a growing readiness to take risks to achieve its goals. For example, China has not only escalated its challenge to Japan’s decades-old control of the Senkaku Islands, but is also facing off against the Philippines since taking effective control of Scarborough Shoal last year.

What makes the Himalayan incursion a powerful symbol of China’s aggressive new stance in Asia is that its intruding troops have set up camp in an area that extends beyond the “line of actual control” (LAC) that China itself unilaterally drew when it defeated India in the 1962 Chinese-initiated border war. While China’s navy and a part of its air force focus on supporting revanchist territorial and maritime claims in the South and East China seas, its army has been active in the mountainous borderlands with India, trying to alter the LAC bit by bit.

One of the novel methods that the PLA has employed is to bring ethnic Han pastoralists to the valleys along the LAC and give them cover to range across it, in the process driving Indian herdsmen from their traditional pasturelands. But the latest crisis was sparked by China’s use of direct military means in a strategic border area close to the Karakoram Pass linking China to Pakistan.

Because the LAC has not been mutually clarified – China reneged on a 2001 promise to exchange maps with India – China claims that PLA troops are merely camping on “Chinese land.” Yet, in a replay of its old strategy of furtively encroaching on disputed land and then presenting itself as the conciliator, China now counsels “patience” and “negotiations” to help resolve the latest “issue.”

China is clearly seeking to exploit India’s political disarray to alter the reality on the ground. A paralyzed and rudderless Indian government initially blacked out reporting on the incursion, lest it come under public pressure to mount a robust response. Its first public statement came only after China issued a bland denial of the intrusion in response to Indian media reports quoting army sources.

To add to India’s woes, Salman Khurshid, the country’s bungling foreign minister, initially made light of the deepest Chinese incursion in more than a quarter-century. The garrulous minister called the intrusion just “one little spot” of acne on the otherwise “beautiful face” of the bilateral relationship – a mere blemish that could be treated with “an ointment.” Those inept comments fatally undercut the government’s summoning of the Chinese ambassador to demand a return to the status quo ante.

With Prime Minister Manmohan Singh’s corruption-tainted government tottering on the brink of collapse, there has been no official explanation of how India was caught napping in a militarily critical area where, in the recent past, China had made repeated attempts to encroach on Indian land. In fact, the government inexplicably replaced regular army troops with border police in 2010 to patrol the mountain-ringed plateau into which the PLA has now intruded. Known as Depsang, the plateau lies astride an ancient silk route connecting Yarkhand in Xinjiang to India’s Ladakh region through the Karakoram Pass.

India, with a military staging post and airstrip just south of the Karakoram Pass, has the capacity to cut off the highway linking China with its “all-weather ally,” Pakistan. The PLA intrusion, by threatening that Indian base, may have been intended to foreclose India’s ability to choke off supplies to Chinese troops and workers in Pakistan’s Gilgit-Baltistan region, where China has expanded its military footprint and strategic projects. To guard those projects, several thousand Chinese troops reportedly have been deployed in the rebellious, predominantly Shia region, which is closed to the outside world.

For India, the Chinese incursion also threatens its access to the 6,300-meter-high Siachin Glacier, to the west of Depsang. Pakistan claims the Indian-controlled glacier, which, strategically wedged between the Pakistani- and Chinese-held parts of Kashmir, served as the world’s highest and coldest battleground (and one of the bloodiest) from the mid-1980s until a cease-fire took effect in 2003. 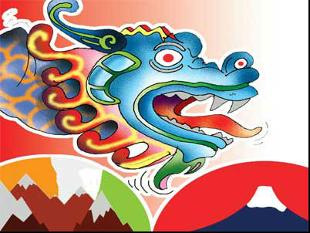 India’s nonmilitary options to force a Chinese withdrawal from Depsang range from diplomatic (suspension of all official visits or reconsideration of its recognition of Tibet as part of China) to economic (an informal boycott of Chinese goods, just as China has hurt Japan through a nonofficial boycott of Japanese-made products). A possible military response could involve the Indian army establishing a camp of its own on Chinese territory elsewhere that China’s leaders regard as highly strategic.

But, before it can exercise any option credibly, India needs a stable government. Until then, China will continue to assert its claims by whatever means – fair or foul – it deems advantageous.