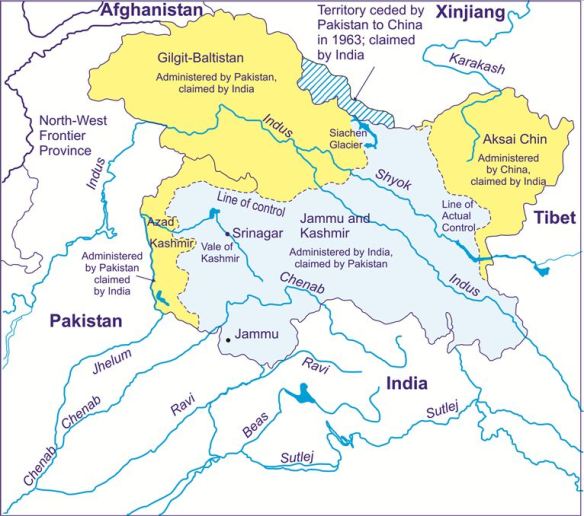 A final deal between the US and the Pakistan-reared Afghan Taliban appears imminent, with the Taliban saying major differences have been resolved. Pakistan’s key role in this process, and in the implementation of the deal that emerges, has emboldened it to downgrade diplomatic relations and suspend bilateral trade with India — actions that India itself should have taken long ago against its terrorism-exporting neighbour.

In fact, Trump’s looming Faustian bargain with the Taliban was an important factor behind India’s change of the constitutional status of Jammu and Kashmir (J&K). A resurgent Pakistan-Taliban duo controlling Afghanistan would spell greater trouble for J&K, including through increased cross-border entry of armed jihadists.

J&K’s reorganization effectively compartmentalizes India’s territorial disputes with Pakistan and China centred in that region. China’s protestation that India’s inclusion of Chinese-held Ladakhi areas in the new Ladakh union territory “hurts Chinese sovereignty” underscores that there will be no let up in Chinese incursions. In recent years, China — which occupies the Switzerland-size Aksai Chin Plateau and lays claim to several other Ladakh areas — has stepped up its military forays and incursions into Ladakh’s Demchok, Chumar, Pangong Tso, Spanggur Gap and Trig Heights.

The immediate trigger for rejigging J&K’s constitutional status was Trump’s Af-Pak gambit. Trump has beseeched Pakistan to “extricate us” from Afghanistan. The paradox is that the US is stuck in the longest war in its history because of Pakistan, which harbours the Taliban’s command-and-control base. Yet Trump, after accusing Pakistan of “lies and deceit”, is now appeasing it, including by slightly reopening the military-aid spigot and offering twice to mediate the Kashmir conflict, even though such an offer is a red rag to the Indian bull.

It is against this background that, to level the field, J&K’s special powers and privileges were revoked, Ladakh was carved out as a separate entity, and the misogynist Article 35A was repealed — all in one fell swoop. For India, three decades of a Pakistan-backed Islamist insurrection in the Kashmir Valley made the status quo no longer sustainable. Armed jihadists today call the shots in the Kashmir Valley, from where the virtually entire indigenous minority — the Kashmiri Pandits — were driven out in one of modern history’s most successful and swiftest ethnic-cleansing operations.

Even if India had maintained J&K’s special constitutional status, Pakistan would have continued its low-intensity asymmetric warfare. After all, Pakistan is a revisionist state that seeks to redraw borders in blood. Yet Pakistan, far from granting autonomy or special status to the two parts of J&K it holds (the sprawling Gilgit-Baltistan and the so-called Azad Kashmir), has treated them as its colonies, recklessly exploiting their mineral and water wealth and transforming their ethnic and linguistic identities through demographic change.

Today, nothing is encouraging Pakistan more than Trump’s turning to it to “help us out” in Afghanistan. Pakistan’s brutal proxies have compelled the US to negotiate the terms of its Afghanistan surrender and seek Pakistani support for a face-saving exit. Just days after the US reached a tentative deal with the Taliban in late January, a suicide bombing claimed by a Pakistan-based terrorist group killed 41 Indian paramilitary soldiers.

Now, with a final deal in the offing and the elected Afghan government sidelined, a scofflaw Pakistan has sought to turn the tables on India by ironically lecturing it on international law and expelling the Indian envoy, even as India still treats Pakistan as a terrorist state only in rhetoric, not in actual policy terms. It will not be long before Pakistan’s roguish military also ups the ante against India, either directly or via its non-uniformed soldiers — the terrorist proxies.

India, through the J&K constitutional change, has pre-emptively sought to safeguard its security before America hands Afghanistan back to the same terrorist militia it removed from power in 2001. But India has a history of losing the advantage after a potentially game-changing move. After Balakot, Pakistan was quick to neutralize India’s advantage with a daring aerial blitz that crossed a red line by targeting Indian military sites. Yet Pakistan escaped scot-free.

India’s real test begins now after the bold, legacy-shaping J&K action. Indeed, the government needs to tackle head on the protracted proxy war of a renegade neighbour that, far from becoming diplomatically isolated as sought by India, has been emboldened by Trump’s gambit.

Does India have the political will to impose costs in a manner to make them increasingly unbearable for Pakistan?

Brahma Chellaney is a geostrategist.