The US has plenty of incentive to put pressure on Pakistan, a country that has long pretended to be an ally, even as it continues to aid the militant groups fighting and killing US soldiers in neighboring Afghanistan. In fact, it is partly because of that aid that Afghanistan is a failing state, leaving the US mired in its longest-ever war. 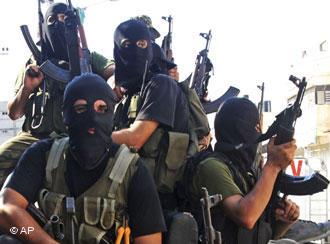 US President Donald Trump’s recent decision to freeze some $2 billion in security assistance to Pakistan as punishment for the country’s refusal to crack down on transnational terrorist groups is a step in the right direction. But more steps are needed.

The United States has plenty of incentive to put pressure on Pakistan, a country that has long pretended to be an ally, even as it continues to aid the militant groups fighting and killing US soldiers in neighboring Afghanistan. In fact, it is partly because of that aid that Afghanistan is a failing state, leaving the US mired in the longest war in its history.

More than 16 years after the US invaded Afghanistan, its capital Kabul has come under siege, exemplified by the recent terrorist attack on Kabul’s Intercontinental Hotel and the suicide bombing, using an explosives-laden ambulance, in the city center. In recent months, the US has launched a major air offensive to halt the rapid advance of the Afghan Taliban. The US has now carried out more airstrikes since last August than in 2015 and 2016 combined.

Yet neither the air blitz nor the Trump administration’s deployment of 3,000 additional US troops can reverse the deteriorating security situation in Afghanistan. To achieve that, Pakistan would have to dismantle the cross-border sanctuaries used by the Taliban and its affiliate, the Haqqani network, as well as their command-and-control operations, which are sited on Pakistani territory. As the US military commander in Afghanistan, General John Nicholson, has acknowledged, “It’s very difficult to succeed on the battlefield when your enemy enjoys external support and safe haven.”

The problem is that Pakistan’s powerful military, whose generals dictate terms to a largely impotent civilian government, seems committed to protecting, and even nurturing, terrorists on Pakistani soil. Only those militants who threaten Pakistan are targeted by the country’s rogue Inter-Services Intelligence agency.

Far from holding Pakistan’s generals accountable for the American blood on their hands, the US has provided them large amounts of funding – so much, in fact, that Pakistan has been one of America’s largest aid recipients. Even when the US found Osama bin Laden, after a ten-year hunt, holed up in a compound next to Pakistan’s main military academy, it did not meaningfully alter its carrot-only strategy. This has enabled the military to tighten its grip on Pakistan further, frustrating domestic efforts to bring about a genuine democratic transition.

Making matters worse, the US has dissuaded its ally India – a major target of Pakistan-supported terrorists – from imposing any sanctions on the country. Instead, successive US administrations have pressured India to engage diplomatically with Pakistan, including through secret meetings between Indian Prime Minister Narendra Modi’s national security adviser and his Pakistani counterpart in Bangkok and elsewhere.

This approach has emboldened Pakistan-based terrorists to carry out cross-border attacks on targets from Mumbai to Kashmir. As for the US, the White House’s new National Security Strategy confirms that America “continues to face threats from transnational terrorists and militants operating from within Pakistan.” This conclusion echoes then-Secretary of State Hillary Clinton’s warning in 2009 that Pakistan “poses a mortal threat to the security and safety of our country and the world.”

Against this background, the Trump administration’s acknowledgement of US policy failure in Pakistan is good news. But history suggests that simply suspending security aid – economic assistance and military training are set to continue – will not be enough to bring about meaningful change in Pakistan (which also counts China and Saudi Arabia among its benefactors).

One additional step the US could take would be to label Pakistan as a state sponsor of terrorism. If the US prefers not to do so, it should at least strip Pakistan of its status, acquired in 2004, as a Major non-NATO Ally, thereby ending its preferential access to American weapons and technologies.

Moreover, the US should impose targeted sanctions, including asset freezes on senior military officers who maintain particularly close ties to terrorists. With the children of many Pakistani military officers living in the US, it would also be worth barring these families from the country.

Finally, the US should take advantage of its enduring position as Pakistan’s largest export market to tighten the economic screws on the cash-strapped country. Since 2013, Pakistan has attempted to offset the sharp decline in its foreign-exchange reserves by raising billions of dollars in dollar-denominated debt with ten-year bonds. Pakistan’s efforts to stave off default create leverage that the US should use.

Likewise, Pakistan agreed to privatize 68 state-run companies, in exchange for $6.7 billion in credit from the International Monetary Fund. If the US extended financial and trade sanctions to multilateral lending, and suspended supplies of military spare parts, it would gain another effective means of bringing Pakistan to heel.

To be sure, Pakistan could respond to such sanctions by blocking America’s overland access to Afghanistan, thereby increasing the cost of resupplying US forces by up to 50%. But, as Pakistan learned in 2011-2012, such a move would hurt its own economy, especially its military-dominated trucking industry. Meanwhile, the added cost to the US would be lower than America’s military reimbursements to Pakistan in the last year, which covered, among other things, resupply routes and the country’s supposed counterterrorism operations.

If Pakistan is going to abandon its double game of claiming to be a US ally while harboring terrorists, the US will need to stop rewarding it for offering, as Trump put it, “nothing but lies and deceit.” More than that, the US will need to punish Pakistan for its duplicity. And US policymakers must act soon, or an increasingly fragile Pakistan could well be transformed from a state sponsor of terrorism into a state sponsored by terrorists.