International pressure is needed to rein in Beijing’s dam-building frenzy and ensure it respects the environment and rights of downstream nations. 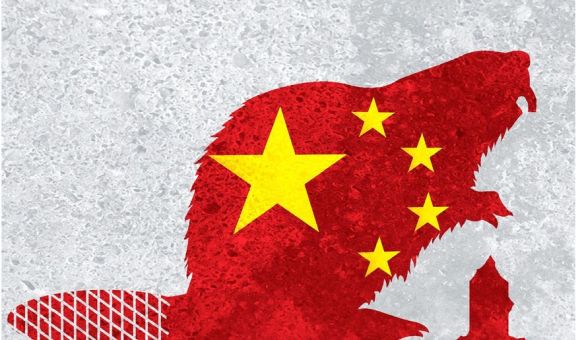 Column by Brahma Chellaney, South China Morning Post, January 17, 2018
China’s hyperactive dam building is a reminder that, while the international attention remains on its recidivist activities in the South China Sea’s disputed waters, it is also focusing quietly on other waters – of rivers that originate in Chinese-controlled territory like Tibet and flow to other countries. No country in history has built more dams than China. In fact, China today boasts more dams than the rest of the world combined.

As part of its broader strategy to corner natural resources, China’s new obsession is freshwater, a life-creating and life-supporting resource whose growing shortages are casting a cloud over Asia’s economic future. Dams are integral to this strategy, although they have wreaked havoc on the natural ecosystems.

Dams in China now total 86,000, which means it has completed, on average, at least one dam per day since 1949. Nearly a third of these are large dams, defined as having a height of at least 15 metres (49 feet) or a water storage capacity of more than 3 million cubic metres (793 million gallons). The United States, the world’s second most dammed country with about 5,500 large dams, has been left far behind.

With the world’s most resource-hungry economy, China has gone into overdrive to appropriate natural resources. On the most essential resource, freshwater, it is seeking to become the upstream controller by re-engineering transboundary flows through dams and other structures. Its dam building has largely shifted from internal rivers to transnational rivers, such as the Mekong, Salween, Brahmaputra, Irtysh, Illy and Amur.

Just as the Persian Gulf states sit over immense reserves of oil and gas, China controls vast transnational water resources. By forcibly absorbing Asia’s “water tower”, the Tibetan Plateau, in 1951, it gained a throttlehold on the headwaters of Asia’s major river systems. Its actions in more recent years have sought to build water leverage over its downstream neighbours.

For example, China has erected eight giant dams on the Mekong just before the river enters Southeast Asia, and is building or planning another 20. Armed with the new dam-centred clout, Beijing has rejected the treaty-linked Mekong River Commission and instead co-opted the vulnerable downstream nations in its own Lancang-Mekong Cooperation initiative, which lacks binding rules.

Similar unilateralism by China has fostered increasing water-related tensions with India, many of whose important rivers originate in Tibet.

In 2017, in violation of two legally binding bilateral accords, China refused to supply hydrological data to India, underscoring how it is weaponising the sharing of water data on upstream river flows. The data denial was apparently intended to punish India for boycotting China’s “Belt and Road Initiative” summit and for last summer’s border stand-off on the remote Himalayan plateau of Doklam.

The monsoon-swollen Brahmaputra River last year caused record flooding that left a major trail of death and destruction, especially in India’s Assam state. Some of these deaths might have been prevented had China’s data denial not crimped India’s flood early-warning systems.

Even as Beijing has yet to indicate if it would resume sharing data this year, a major new issue has cropped up in its relations with India – the water in the main artery of the Brahmaputra river system, the Siang, has turned dirty and grey when the stream enters India from Tibet. This has spurred downstream concern in India and elsewhere that China’s upstream activities could be threatening the ecosystem health of the cross-border rivers in the way it has polluted its own domestic rivers, including the Yellow, the cradle of the Chinese civilisation.

After staying quiet over the Siang’s contamination for many weeks, Beijing claimed on December 27 that an earthquake that struck southeastern Tibet in mid-November “might have led to the turbidity” in the river waters. But the flows of the Siang, one of the world’s most pristine rivers, had turned blackish grey before the quake struck.

China has been engaged in major mining and dam-building activities in southeastern Tibet. The Tibetan Plateau is rich in both water and minerals.

As China quietly works on a series of hydro projects in Tibet that could affect the quality and quantity of downstream flows in South and Southeast Asia, it is apparently still toying with the idea of re-routing the upper Brahmaputra river system. An officially blessed book published in 2005 championed the Brahmaputra’s re-routing to the Han heartland.

To deflect attention from its continuing dam-building frenzy and its refusal to enter into a water-sharing treaty with any neighbour, China has bragged about its hydrological-data sharing accords.

Yet it showed in 2017 that it can breach these accords at will. The denial of hydrological data to India actually underscores how China is using transboundary water as a tool of coercive diplomacy.

Such is China’s defiant unilateralism that, to complete a major dam project, it cut off the flow of a Brahmaputra tributary, the Xiabuqu, in 2016 and is currently damming another such tributary, the Lhasa River, into a series of artificial lakes.

Make no mistake: China, by building increasing control over cross-border water resources through hydroengineering structures, is dragging its riparian neighbours into high-stakes games of geopolitical poker over water-related issues. In waging water wars by stealth, China seeks to hew to the central principle enunciated by the ancient military theorist Sun Tzu – “all wars are based on deception”.

International pressure needs to be mounted on Beijing to rein in its dam frenzy and respect environmental standards and the rights of downstream nations.

Brahma Chellaney is a geostrategist and author of nine books, including Water: Asia’s New Battleground , which won the Bernard Schwartz Book Award.