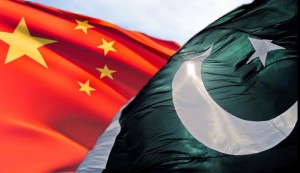 Like a typical school bully, China is big and strong, but it doesn’t have a lot of friends. Indeed, now that the country has joined with the United States to approve new international sanctions on its former vassal state North Korea, it has just one real ally left: Pakistan. But, given how much China is currently sucking out of its smaller neighbor – not to mention how much it extracts from others in its neighborhood – Chinese leaders seem plenty satisfied.

Chinese Foreign Minister Wang Yi has declared that China and Pakistan are “as close as lips and teeth,” owing to their geographical links. China’s government has also calledPakistan its “irreplaceable all-weather friend.” The two countries often boast of their “iron brotherhood.” In 2010, Pakistan’s then-prime minister, Syed Yousuf Raza Gilani,waxed poetic about the relationship, describing it as “taller than the mountains, deeper than the oceans, stronger than steel, and sweeter than honey.”

In fact, wealthy China has little in common with aid-dependent Pakistan, beyond the fact that both are revisionist states not content with their existing frontiers. They do, however, share an interest in containing India. The prospect of a two-front war, should India enter into conflict with either country, certainly advances that interest.

For China, the appeal of working with Pakistan is heightened by its ability to treat the country as a client, rather than an actual partner. In fact, China treats Pakistan as something of a guinea pig, selling the country weapons systems not deployed by the Chinese military and outdated or untested nuclear reactors. Pakistan is currently building two AC-1000 reactors – based on a model that China has adapted from French designs, but has yet to build at home – near the southern port city of Karachi.

China does not even need its supposed “brother” to be strong and stable. On the contrary, Pakistan’s descent into jihadist extremism has benefited China, as it has provided an ideal pretext to advance its strategic interests within its neighbor’s borders. Already, China has deployed thousands of troops in Pakistani-administered Kashmir, with the goal of turning Pakistan into its land corridor to the Arabian Sea and the Indian Ocean. And, as a newly released US Defense Department report shows, Pakistan – “China’s primary customer for conventional weapons” – is likely to host a Chinese naval hub intended to project power in the Indian Ocean region.

That is not all. President Xi Jinping’s first visit to Pakistan last year produced an agreement to construct a $46 billion “economic corridor” stretching from China’s restive Xinjiang region to Pakistan’s Chinese-built (and Chinese-run) Gwadar port. That corridor, comprising a series of infrastructure projects, will serve as the link between the maritime and overland “Silk Roads” that China is creating. It will shorten China’s route to the Middle East by 12,000 kilometers (7,456 miles) and give China access to the Indian Ocean, where it would be able to challenge India from India’s own maritime backyard.

Xi also signed deals for new power projects, including the $1.4 billion Karot Dam, the first project to be financed by China’s $40 billion Silk Road Fund. All of the power projects will be Chinese-owned, with the Pakistani government committed to buying electricity from China at a pre-determined rate. Pakistan’s status as China’s economic and security client will thus be cemented, precluding it from eventually following the example of Myanmar or Sri Lanka and forging a non-Chinese path.

To be sure, the relationship also brings major benefits for Pakistan. China provided critical assistance in building Pakistan’s arsenal of nuclear weapons, including by reducing the likelihood of US sanctions or Indian retaliation. China still offers covert nuclear and missile assistance, reflected in the recent transfer of the launcher for the Shaheen-3, Pakistan’s nuclear-capable ballistic missile, which has a range of 2,750 kilometers.

A grateful Pakistan has given China exclusive rights to run Gwadar port for the next 40 years. It has also established a new 13,000-troop army division to protect the emerging economic corridor. And it has deployed police forces to shield Chinese nationals and construction sites from tribal insurgents and Islamist gunmen.

But Pakistan’s behavior indicates that it is, for now, satisfied with its arrangement with China – a sentiment that is probably reinforced, if unconsciously, by the billions of dollars in aid the country receives each year from the US. As China continues to elbow its way into Pakistan’s politics and economy, increasingly turning the country into a colonial outpost, that sense of satisfaction will probably fade. But, by the time it does, it will probably be too late to change course.