Narendra Modi took office with very high expectations. His cautious, measured start thus may disappoint those who expected his thumping electoral mandate to herald a paradigm shift in governance and policy. In truth, Modi appears to have embraced prudent gradualism.

On the economic front, Modi is seeking to erect the foundation for India’s sustained economic rise with a two-fold emphasis: improving the country’s woeful infrastructure by reversing declining public spending; and boosting manufacturing, including by liberalizing labour laws.

It is, however, on the diplomatic front that Modi is charting an assertive, dynamic approach, including regaining India’s clout in its own strategic backyard, where China stepped into a vacuum left by years of Indian neglect. 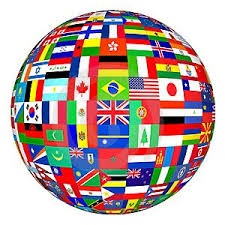 Modi has passed his first international test by resisting intense, US-led pressure not to block a new World Trade Organization accord. Members of the rich countries’ club, the Organization for Economic Cooperation and Development, plus China provide the bulk of the world’s agricultural subsidies, estimated at $486 billion in 2012. Yet India would have taken the main hit had WTO’s Trade Facilitation Agreement gone through, losing potentially its sovereign right to stockpile food grains to a secure level. At Bali, Manmohan Singh’s government traded a firm commitment on trade facilitation for an empty assurance, agreeing to kick the can on a stockpiling deal to 2017. This put India’s food security at risk in case no deal was reached by 2017.

Unable to secure any concession, the Modi government vetoed the trade-facilitation accord in Geneva, a decision that has drawn America’s ire. Visiting US Secretary of State John Kerry told Modi that this sent a “wrong signal,” while the state department bluntly stated that the action “undermined the very image Prime Minister Modi is trying to send about India.” However, to Washington’s chagrin, the chief of the UN’s International Fund for Agricultural Development has endorsed India’s stance, saying the real choice in Geneva was between “feeding” one’s own citizens and “creating jobs” for other countries.

Modi’s forward-looking diplomacy is apparent from his early-term focus on retrieving India’s lost ground in its immediate neighbourhood. After charming Bhutan on his first foreign trip, Modi has concluded a highly successful visit to Nepal.

Such had been New Delhi’s neglect of Nepal — a nation symbiotically tied to India — that this was the first bilateral visit by an Indian PM in 17 years, a period in which a waiting China strategically penetrated Nepal. Culturally, Nepal looks south at India. Much of its population is in the south. But China has been muscling in from the north.

Nepal, wracked by severe political flux since the 1990s, stands deeply divided. Yet it unitedly welcomed Modi, with the visit inspiring hope of a new dawn for bilateral ties. If there was any jarring note during the visit, it was a last-minute dispute that stalled signing of a hydropower trade accord. Water can be to Nepal what oil is to Arab sheikhdoms, if Nepal is willing to emulate the example of Bhutan, which has achieved South Asia’s highest per capita income by exploiting its hydropower reserves through small, environmentally sound projects.

By telling Nepal that he wishes to revise the 1950 bilateral treaty during his term in office, Modi, in essence, called Nepal’s bluff. It has become a bipartisan article of faith in Nepal that the treaty is “unequal” and loaded against Nepalese interests. Yet, despite India’s willingness to discuss revision, Nepal has shied away from entering into negotiations.

After independence, India could have sought to absorb Nepal. Jawaharlal Nehru, however, entered into a treaty to safeguard Nepal’s sovereignty. The treaty cemented a “special relationship”, granting Nepal preferential economic treatment. It allowed the Indian Army to enlist Gurkhas, prohibited Nepal from buying arms from a third country without Indian consent, and obligated Nepal not to permit entry into its territory of foreign elements deemed inimical by India to its interests. One glaringly unequal element in the treaty is that Nepalese get national treatment in India but not Indians in Nepal.

The treaty’s defence-related provisions, in reality, have largely fallen by the wayside. Nepal indeed has become a happy hunting ground for Pakistani and Chinese agents seeking to undermine India’s internal security and Indian interests in Nepal. The Modi-proposed treaty revision must not stop India from finding its own ways to secure its porous border with Nepal without affecting rights of Nepalese to travel to or work in India without visa.

Modi must also visit Myanmar, critical to Indian interests. Although Myanmar shares a long, sensitive border with India, many in New Delhi don’t seem to regard it as a neighbour, a fact reflected in the failure to invite President Thein Sein to Modi’s swearing-in event. Distant Mauritius was invited to the event but not Myanmar, which has applied for SARRC membership.

Next month, Modi faces a big test in diplomacy as he holds separate bilateral summits with three powers central to India’s strategic interests — Japan, China and America. Japan will be the easy part, with Modi’s visit likely to forge close strategic bonds with Asia’s oldest (and richest) democracy and clinch a long-elusive nuclear deal.

Brahma Chellaney is a geostrategist and writer.