You may also read this column in any of the following languages:

NEW YORK – The sharpening international geopolitical competition over natural resources has turned some strategic resources into engines of power struggle. Transnational water resources have become an especially active source of competition and conflict, triggering a dam-building race and prompting growing calls for the United Nations to recognize water as a key security concern. 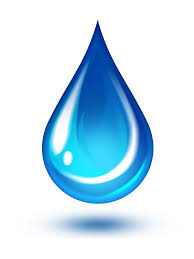 Water is different from other natural resources. After all, there are substitutes for many resources, including oil, but none for water. Similarly, countries can import fossil fuels, mineral ores, and resources from the biosphere like fish and timber; but they cannot import water, which is essentially local, on a large scale and on a prolonged – much less permanent – basis. Water is heavier than oil, making it very expensive to ship or transport across long distances even by pipeline (which would require large, energy-intensive pumps).

The paradox of water is that it sustains life but can also cause death when it becomes a carrier of deadly microbes or takes the form of a tsunami, flash flood, storm, or hurricane. Many of the greatest natural disasters of our time – including, for example, the Fukushima catastrophe in 2011 – have been water-related.

Global warming is set to put potable-water supplies under increasing strain – even as oceans rise and the intensity and frequency of storms and other extreme weather events increase. Rapid economic and demographic expansion has already turned adequate access to potable water into a major issue across large parts of the world. Lifestyle changes, for example, have spurred increasing per capita water consumption, with rising incomes promoting dietary change, for example, especially higher consumption of meat, production of which is ten times more water-intensive, on average, than plant-based calories and proteins.

Political and economic water wars are already being waged in several regions, reflected in dam construction on international rivers and coercive diplomacy or other means to prevent such works. Consider, for example, the silent water war triggered by Ethiopia’s dam building on the Blue Nile, which has elicited Egyptian threats of covert or overt military reprisals.

A report reflecting the joint judgment of US intelligence agencies warned last year that the use of water as a weapon of war or a tool of terrorism would become more likely in the next decade in some regions. The InterAction Council, comprising more than 30 former heads of state or government, has called for urgent action to prevent some countries battling severe water shortages from becoming failed states. The US State Department, for its part, has upgraded water to “a central US foreign policy concern.”

In many countries, inadequate local water availability is increasingly constraining decisions about where to set up new manufacturing facilities and energy plants. The World Bank estimates that such constraints are costing China 2.3% of GDP. China, however, is not yet in the category of water-stressed states. Those that are, stretching from South Korea and India to Egypt and Israel, are paying an even higher price for their water problems.

These countries already understand that water is a renewable but finite resource. Nature’s water-replenishment capacity is fixed, limiting the world’s usable freshwater resources to about 200,000 cubic kilometers. But the human population has almost doubled since 1970, while the global economy has grown even faster.

Major increases in water demand, however, are being driven not merely by economic and demographic growth, or by the additional energy, manufacturing, and food production to meet rising consumption levels, but also by the fact that the global population is getting fatter. The average body mass index (BMI) of humans has been increasing in the post-World War II period, but especially since the 1980’s, with the prevalence of obesity doubling in the past three decades.

Heavier citizens make heavier demands on natural resources, especially water and energy. The issue thus is not just about how many mouths there are to feed, but also how much excess body fat there is on the planet. For example, a study published in the British journal BMC Public Health has found that if the rest of the world had the same average body mass index as the US, this would be the equivalent of adding almost one billion people to the global population, greatly exacerbating water stress.

With the era of cheap, bountiful water having been replaced by increasing supply and quality constraints, many investors are beginning to view water as the new oil. The dramatic rise of the bottled-water industry since the 1990’s attests to the increasing commodification of the world’s most critical resource. Not only are water shortages likely to intensify and spread, but consumers also will increasingly have to pay more for their water supply.

This double whammy can be mitigated only by innovative water management and conservation, and by developing nontraditional supply sources. As in the oil and gas sector – where tapping unconventional sources, such as shale and tar sands, has proved a game changer – the water sector must adopt all unconventional options, including recycling wastewater and desalinating ocean and brackish waters.

In short, we must focus on addressing our water-supply problems as if our lives depended on it. In fact, they do.