As India seeks to address the terrorism challenge in Jammu and Kashmir, jihadist forces are quietly gaining ground in far-flung states, especially West Bengal, Kerala and Tamil Nadu. The situation in Assam is also fraught with danger. India can ignore the spreading jihadist threat only at its own peril.

The ISIS, for example, has reportedly named a new “Bengal emir.” The Sri Lanka bombings, meanwhile, have helped highlight the growing cross-strait role of Islamist forces in Tamil Nadu and Kerala. Such forces are affiliated with larger extremist networks or provide succour to radical groups elsewhere.

The main group blamed for the Sri Lanka bombings, the National Thowheed Jamat (NTJ), is an ideological offspring of the rapidly growing Tamil Nadu Thowheed Jamat (TNTJ). The Saudi-funded TNTJ, wedded to fanatical Wahhabism, is working to snuff out pluralistic strands of Islam. Such Arabization of Islam is increasingly apparent in Muslim communities extending from Bangladesh and West Bengal to Kerala, Tamil Nadu and Sri Lanka’s Eastern Province.

More broadly, the collapse of the ISIS caliphate in Syria and Iraq has only intensified the terrorism challenge. Battle-hardened terrorist fighters returning home from Syria and Iraq have become a major counterterrorism concern in South and Southeast Asia, given their operational training, skills, and experience to stage savage attacks.

The presence of such returnees in Sri Lanka explains how an obscure local group carried out near-simultaneous strikes on three iconic churches and three luxury hotels, with the bombers detonating military-grade high explosives through suicide vests. Similar returnees are present in a number of other Asian countries.

The Sri Lanka attacks indeed underscore the potential of such returnees to wage terror campaigns in the same way that the activities of the Afghan war veterans, like Osama bin Laden and other al-Qaeda leaders, came to haunt the security of Asia, the Middle East and the West.

The jihadist threat, however, is posed not only by the returnees from Syria and Iraq. Such a threat also arises from those elements who never left their countries but see violence as a sanctified tool of religion and a path to redemption. Such local forces extolling terror are gaining clout.

The TNTJ in India, for example, helped to establish the Sri Lanka Thowheed Jamat, from which the bomber outfit NTJ emerged as a splinter. In the current national elections in India, the DMK and some other local political parties have openly courted the TNTJ.

Just as Bangladesh blamed Pakistan’s Inter-Services Intelligence (ISI) for instigating the 2016 brutal Dhaka café attack through a Bangladeshi outfit, Sri Lanka’s NTJ has ties with the ISI’s front organization, Lashkar-e-Taiba (LeT). The ISI and the LeT, through their joint Sri Lanka operations, has sought to establish cross-strait contacts with TNTJ activists in India.

India, despite providing detailed intelligence warnings to Sri Lanka about the bombing plot, has been slow to develop a credible strategy to counter the growing jihadist influence within its own borders. For example, Prime Minister Narendra Modi’s government initiated action against Zakir Naik only after the Dhaka café attack prompted Bangladesh to demand action against him. The prime minister, however, is right in saying that Naik enjoyed the patronage of the predecessor Manmohan Singh-led government — which, according to Modi, once invited Naik to address police personnel on the issue of terrorism!

Today, Naik is ensconced in Malaysia, which has granted him permanent residency. Yet, India has imposed no costs on Malaysia, such as cutting palm-oil imports from there, for sheltering a leading fugitive from Indian law. 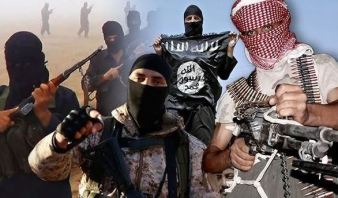 Like al-Qaeda at one time, ISIS seeks to show its continuing relevance by claiming responsibility for terror strikes that occur in places far from the areas where it has had presence. Rather than ISIS being directly involved in the Sri Lanka bombings, it is more likely that the ideology ISIS subscribes to — Wahhabi fanaticism — inspired those attacks.

It takes months, not weeks, to motivate, train and equip a suicide bomber. So, the speculative comment that the Sri Lanka bombings were a reprisal to the March 15 Christchurch, New Zealand, massacre made little sense, especially as it came from the Sri Lankan junior defence minister. Fortunately, the Sri Lankan prime minister later walked back that speculation.

Publicity is the oxygen of terrorism. Terrorists rely on media publicity to provoke fear and demonstrate power.

Unfortunately, in the absence of U.S.-style media peer guidelines in India on terrorism-related coverage, Indian journalists supplied the oxygen of publicity by reporting allegations of the Pulwama bomber’s family members, including their claim that he was once roughed up by army or paramilitary soldiers. What the family members did not reveal was that the bomber had previously been detained on four separate occasions by J&K police on suspicion of providing logistical assistance to the LeT but that each time he was freed without the investigators getting to the bottom of his activities.

Make no mistake: Islamist terror is closely connected with the spread of Wahhabism, the obscurantist and intolerant version of Islam bankrolled by Saudi Arabia and other oil sheikhdoms. Wahhabi fanaticism is terrorism’s ideological mother, whose offspring include ISIS, al-Qaeda, Taliban, Lashkar-e-Taiba, and Boko Haram.

The jihadist threat in Tamil Nadu, Kerala, West Bengal and Assam — like in Sri Lanka — is linked with the growing spread of Wahhabism. If left unaddressed, this scourge of Islamist extremism could become a major internal-security crisis in India.

India’s counterterrorism focus on Jammu and Kashmir has allowed jihadists to gain influence in some other states far from J&K.

India needs to wake up to this spreading threat. It must crack down on the preachers of hatred and violence. It also must rein in the increasing inflow of Saudi and other Gulf money so as to close the wellspring that feeds terrorism — Wahhabi fanaticism.